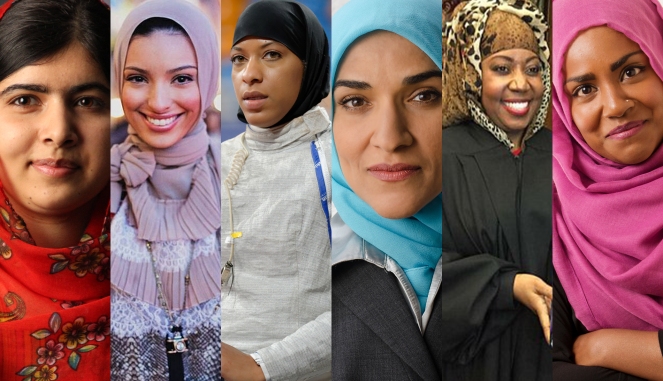 The “monolith” of Muslim identity is a dangerous misconception when applied to Muslim women. By suggesting that all Muslims experience their identity in similar ways, the unique experiences of Muslim women are erased from the conversations regarding identity. Instead, their experiences and identity formation should be appreciated through the “double disadvantage” they hold as their gender identity and religious identity intersect. An intersectional perspective, which seeks to understand how multiple facets of identity “interact at the micro level of individual experience to reflect multiple interlocking systems of privilege and oppression at the macro, social-structural level,” provides a useful framework to understand the complex identity of Muslim women on an individualized and institutionalized level (Bowleg, 2012). The tenets of an intersectional approach posit that (1) social identities are not independent, but multidimensional and intersecting, (2) intersectionality should begin by studying vulnerable populations with multiple disadvantaged identities, and (3) interacting identities at the microscopic level produce disparities on the macro-level (Bowleg, 2012).

Using intersectionality to understand the experiences of Muslim women, we begin to see that Muslim women face distinct manifestations of discrimination and racialized violence. In America, specifically, Muslim women systematically fight against stereotypes regarding covering with a headscarf and patriarchal oppression and domination. While many Muslim women make a personal choice to cover as a rejection of the over-sexualization of the female body in American society or out of religious devotion or cultural identity, Muslim women find themselves in a unique position when they step out into public covered. Instead of a reflection of a Muslim woman’s inner devotion or personal choices, the headscarf represents the misconstrued picture of Islam in America and often brings suspicious judgments. Unlike their male counterparts, Muslim women are stuck in a damaging chaos of religious and gendered “othering.”

Serenity ☁️ Always remember to look up! ✨
Sunday vibes 🙏🏻 Volume on 🔊
❤️ in San Antonio.
The one-year publication anniversary of "The Humanity of Muhammad - A Christian View" is here. Would you like a free autographed copy? If so, answer this question: “What are you doing for the sake of our common humanity?" Leave answers in comments. I'll follow up w/ winners.
Happy Feast Day of St. Mary Magdalene! Let us remember that a *woman* was the first person to see the risen Jesus, who said to her: "Go to my brothers & tell them, 'I am going to my Father & your Father, to my God & your God.'" Imagine what she was thinking as she hurried to the Apostles. Mary is the “Apostle to the Apostles." Mary, pray for us! 🙏🏻 Photo credit: “Christ Appearing to Mary Magdalene as a Gardener” by Rembrandt (1638).
Me and the little 😇. Someone is about to be baptized, God willing.
Meet Govindan Gopalakrishnan, a self-taught Indian architect also known as “Mosque Man.” For over 60 years, Govindan has built dozens of mosques, four churches, & a temple. Recently, he told Al Jazeera that he does it for “the oneness of humanity.” Govindan keeps copies of the Qu’ran, Bible & the Gita at his modest home in India’s southern city of Thiruvananthapuram in Kerala. He says he is a firm believer in religious harmony. “I observe roza (fast) during the holy month of Ramadan as well as the 41-day fast during the Sabarimala pilgrimage. My wife is a Christian, so I join her for the Easter fast as well. One of my two sons is married to a Muslim lady. I welcome all religions to my home & give them equal respect.” Thank you, Govindan, for your courage, decency, inclusiveness, & thoughtfulness. It is inspiring! Photo courtesy: Govindan Gopalakrishnan
You are never alone.
I enjoyed my time today at the Second Baptist Church (Woodway) in Houston. The purpose of the visit was to engage in filming for an upcoming project, which I am, God willing, about to launch in a few weeks. The first picture provides a brief glimpse of the project’s content. I am working on a promotional video with a talented videographer who happens to be Baptist. If God wills it, the project will liven hearts and shape minds for the betterment of humanity. The Second Baptist Church (Woodway) is very impressive by the way! (see second picture).
Give love unconditionally.
Keep your head up & carry on.
Faith works through love.
We should do the same.
“Children are a gift from God; they are a reward from him” (Proverbs 127:3). Truer words have never been spoken.
The way is hard, & those who find it are few (Matthew 7:13-14).
Let the truth be your shield.
I second this call.
Today is the Feast of Saints Peter & Paul. Peter was a simple fisherman, but Jesus still chose him to lead the Church. Paul persecuted Christians, but Jesus still chose him to bring his name to the Gentiles. Both saints came from humble & even rocky beginnings. I find their journeys inspiring. They were touched by God’s grace. Remember this if you are ever feeling unworthy. You are capable of extraordinary things.
To understand someone’s mind, and to see their heart, look into their eyes.
Solitude & silence ✨
Loading Comments...
%d bloggers like this:
%d bloggers like this: