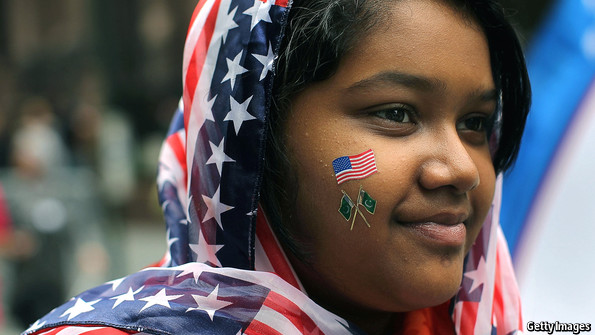 “Even before the beginning of the current election campaign cycle, the rhetoric that has been espoused by presidential candidates, at least in contemporary times, has been relatively unabashed in regards to the way that Muslims are spoken about on the campaign trail. Muslims have often been used as political pawns in a struggle for politicians to acquire means of power, whether that be through scapegoating or by being pandered to in an attempt to develop a political relationship with them. We must ask ourselves, though, when and why did Muslims start to become such a focal point in presidential races? What purpose does it serve presidential candidates when they discuss the role and issues surrounding Muslims in American society?

We need to stand together rather than keep dividing ourselves. We need to send a message that it is our support for the founding American principles of democracy, freedom, and limited government that bind us together and not our distaste for those different than us. Only with this mindset will we successfully be able to come together as a nation and overcome the obstacles that have been presented to us in this election cycle.”

One thought on “Islam in the 2016 Presidential Election”