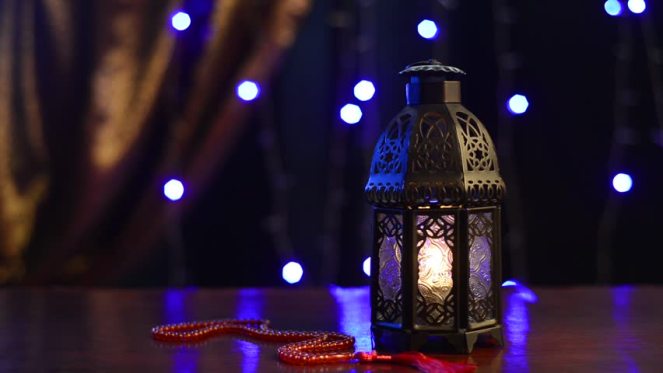 Prophet Muhammad’s relations with Christians is a topic that I have dedicated a lot of time to researching. I have focused on two primary issues: 1) the Covenants of the Prophet with the Christians of his time, showing how these Covenants stand for religious pluralism and civic national principles, and 2) the visit of the Christians of Najran to Muhammad’s mosque in Medina. This post is a first because I am focusing on one particular Christian who had a direct relationship with Prophet Muhammad. This Christian is Waraqa ibn Nafal, one of the few people who sought truth in Mecca during the period of jahiliyya, an Arabic term meaning “ignorance.”

Waraqa ibn Nafal was one of the most well-known Arab Christians living in Mecca during the 7th century. He had converted to Christianity from paganism. Historical accounts tell us that Nafal was a Nestorian priest, a respected man, and scholar of Christianity. In terms of his scholarly background, a Hadith (Bukhari) states that Nafal “… would write from the Gospel in Hebrew as much as Allah wished him to write.” It has also been reported by Block that Nafal may have been an Ebionite. The Ebionites, Block writes, “stressed the humanity of Jesus and the oneness of God, a Christology not likely to have elicited a negative response from the Qur’an.”

So how exactly is Nafal connected to Muhammad? After receiving the first Qur’anic revelation on Mount Hira, Prophet Muhammad returned home in disarray and confusion to Khadija, Muhammad’s first wife and the cousin of Nafal. Khadija proceeded to bring her husband to Nafal, who told them both that Muhammad had met Gabriel, the angel of revelation, just as Gabriel had visited Moses centuries earlier. A Hadith describes the encounter between Prophet Muhammad and Nafal:

“… The Prophet returned to Khadija while his heart was beating rapidly. She took him to Waraqa ibn Nafal who was a Christian convert and used to read the Gospel in Arabic. Waraqa asked (the Prophet), ‘What do you see?’ When he told him, Waraqa said, ‘This is the same angel whom Allah sent to the Prophet Moses. Should I live till you receive the Divine Message, I will support you strongly.”

Nafal eventually emerged as a keen supporter of Prophet Muhammad. As a Christian, he encouraged Muhammad to spread his monotheistic message, which suggests that Nafal indeed believe in the Prophet’s leadership and moral character. Oxford Islamic Studies notes that “according to tradition, [Nafal] assured Muhammad that his call to prophecy and message were genuinely from God. [Nafal] acknowledged that Muhammad’s recitation was identical to the revelation given to Moses.”

Some scholars describe Nafal as a “believer” or “Muslim” because he accepted Muhammad as a prophet of God. This very topic of Christians recognizing the prophethood of Muhammad is something that I tried to unpack in a previous article. Other scholars posit that Nafal had a significant influence on the development of Prophet Muhammad’s religious views. Katz, for example, claims that Muhammad had probably met Nafal long before his marriage to Khadija. According to Katz, Prophet Muhammad likely had at least 15 years of opportunity of religious discussions with Nafal, a man who knew the scriptures.

Nafal is an interesting case for analysis because, as Block notes, the Qur’an did not refute his Christian theology. This is a similar argument that I made in claiming that a Christian, such as myself, can recognize Muhammad as a prophet of God. The approach that Nafal adopted towards Muhammad and Islam reminds me of a few passages from the Bible, particularly in the Book of Matthew. In this Book, Jesus tells his disciples to be “People of Peace” and encourages them to find worthy people who are open, hospitable, and knowledgable. Fortunately, Nafal found Muhammad. Their relations give us an imperative historical friendship that shatters the myth that Christianity and Islam are incompatible entities.

5 thoughts on “When a Priest Recognized the Prophethood of Muhammad”

🙏🏻🕊❤️
Greetings of peace: you are free and welcome to join this webinar tomorrow. I will be engaged in a conversation/discussion on my latest book, “The Humanity of Muhammad: A Christian View.” Organized by the Department of Islamic Sciences at Bedër University in Albania. Click the link in my Instagram biography for the Zoom link.
Happy Easter! Today humbly reminds us of the beautiful blessing of new life!
Spring has sprung. A time of hope and renewal. I am ready.
I continue to feel so blessed and honored to call her my wife. She has brought me so much joy and peace. Today is our two year wedding anniversary! 🎉
😇 💫💎
“Breaking bread” & food in general is an essential part of my existence & routine. I love to cook & share food, especially Italian food, on a daily basis.
Today is the birthday of my “Papa” (grandfather), Joseph Anthony Tedesco.
Forgiveness is liberating.
Tikkun olam.
The Considine family is feeling a little extra lucky on this Saint Patrick’s Day. Lá Fhéile Pádraig sona duit! ☘️
What inflicts one, inflicts all.
This is the prayer that has resonated with me *the most* in recent times. Authored by @jamesmartinsj.
Oxford University Press is engaged in the marketing of my next book: “People of the Book: Prophet Muhammad’s Encounters with Christians” (Hurst, Summer 2021). The pictures include a cover, book description, & contents page. The titles of the chapters provide an early glimpse 🙏🏻.
I am enjoying these early morning talks with my kindred spirits in India.
Someone is excited for Saint Patrick’s Day! ☘️❤️
Who is Abraham to you?
The Muslim Converts’ Association of Singapore (@darularqamsg) has organized a book talk on “The Humanity of Muhammad - A Christian View.”
The Angel Gabriel = a uniting symbol of three great faiths.
I say “live & let live.”
Loading Comments...
Comment
×
<span>%d</span> bloggers like this:
<span>%d</span> bloggers like this: