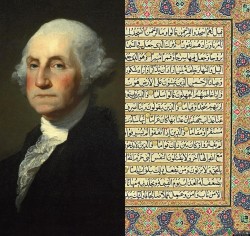 In a recent Huffington Post article, Dr. Faheen Younus of the University of Maryland wrote about Prophet Muhammad’s philosophy and philanthropy towards prisoners of war. In summary, Dr. Younus suggests that “in Islam, the idea of equal benefits for the prisoners of war is not a joke — it’s a reality and a legacy.”

To support his argument, Dr. Younus provides several specific points on the life of Prophet Muhammad. He writes:

Muhammad… instructed Muslims that, “when prisoners of war are put under guard, those closely related should be placed together… Muhammad even taught ways to end such detentions by encouraging Muslims to free captives either for the expiation of their sins or as an act of simple benevolence.

Younus’s writing reminds us of Muhammad’s respect for humanity, yet it also highlights a similarity between Islam and Christianity. The Biblical passage from Matthew 5:44 marks the connection in advising Christians to: “Love your enemies, bless them that curse you, do good to them that hate you, and pray for them which despitefully use you, and persecute you.”

Dr. Younus’s analysis of Muhammad’s humane approach towards his enemies should also remind us of the similar advice George Washington gave to Americans on the treatment of prisoners of war. Washington stressed:

“Should any American soldier be so base and infamous as to injure any [prisoner]. . . I do most earnestly enjoin you to bring him to such severe and exemplary punishment as the enormity of the crime may require. Should it extend to death itself, it will not be disproportional to its guilt at such a time and in such a cause… for by such conduct they bring shame, disgrace and ruin to themselves and their country.” – George Washington, charge to the Northern Expeditionary Force, Sept. 14, 1775

He also ordered his soldiers to

“Treat them [British soldiers] with humanity, and let them have no reason to complain of our copying the brutal example of the British Army in their treatment of our unfortunate brethren who have fallen into their hands,’ he wrote. In all respects the prisoners were to be treated no worse than American soldiers; and in some respects, better. Through this approach, Washington sought to shame his British adversaries, and to demonstrate the moral superiority of the American cause.”