Who governs? Who really rules? To what extent is the broad body of U.S. citizens sovereign, semi-sovereign, or largely powerless?

These questions were posed by researchers Martin Gilens and Benjamin I. Page, who argue in their new study that over the past few decades America’s political system has slowly transformed from a democracy into an oligarchy, where wealthy elites wield most power.

An oligarchy, by definition: 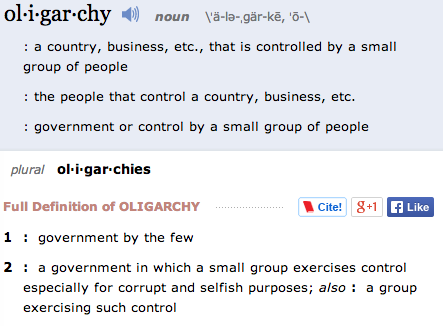 Is it time to vote Vermont Senator Bernie Sanders into the Oval Office? It could happen.