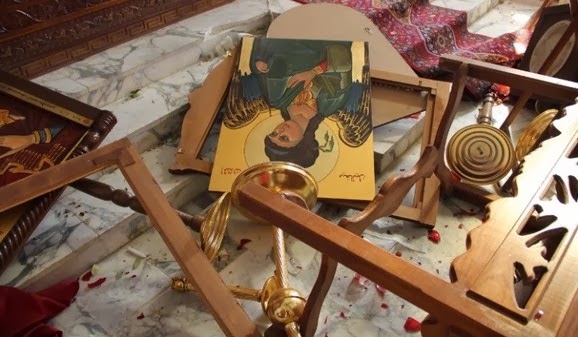 A few weeks ago, I posted about the Genocide Initiative, a new interfaith movement calling on world leaders to classify ISIS’s actions in the Middle East as “genocide.”

The Genocide Initiative has launched a petition on change.org that calls on political powers to unite and proclaim the crimes being committed by ISIS as acts of religious, cultural, and ethnic genocide. While political entities such as the United Nations have proclaimed ISIS’s activities as “crimes against humanity,” few organizations or institutions have labeled the group’s actions for what they truly are: genocide.

This movement started largely because the genocide of Christians and other religious and cultural minority groups in the Middle East has received inadequate attention in the media. It comes as no surprise to me that the latest round of killings has hardly been covered by the likes of CNN or Fox News.

News broke yesterday of ISIS’s plan to execute 180 Assyrian Christians who were kidnapped in mass raids in February 2015. ARA News reported that the terror group asked for $12 million for the release of the Assyrians, a sum deemed “unbearable” for the community.

The Assyrian Christians, who belong to the Syriac Church of northern Mesopotamia, are the latest group threatened by Takfirism and the murderous fanatics of ISIS. Approximately 500,000 Christians have fled their ancient homeland. In addition to the refugee crisis and killings, ISIS fanatics have destroyed their churches and sanctuaries.

There is no end in sight as ISIS targets Christians, looking to drive them out of their millennia-old communities. My concern is two-fold: that people are not hearing about any of this on news media and world leaders are doing nothing in the face of genocide. The President of the U.S., the so-called leader of the “free world” and head of a country which allegedly prides itself on religious freedom, has barely uttered a word on the persecution of Assyrian Christians. The silence of those with the power to stand for religious freedom is truly deafening.

The Middle East continues to go up in flames. Simply praying for an end to this horrendous genocide in the name of religion is not enough. ISIS and their allies have every intention of spreading bloodshed in the Middle East and around the world. World leaders must unite and act against Takfirism. The fate of persecuted minority groups depends on their leadership.

I end this post by sharing passages from the Genocide Initiative petition. The time to act is now.

We, the undersigned, call upon all political powers: beyond all questions of political affiliation, and in the true spirit of human solidarity and decency, to categorize the crimes being committed by ISIS and other Takfiri terrorists against Christians, Twelver Shiites, Ismailis, Alawis, Sufis, traditional Sunnis, and others, as acts of religious, cultural, and ethnic genocide.

Before ISIS, all religious denominations stand in the line of fire. Christians and Muslims know only too well the bitterness and despair of a life spent under the ominous flag of Takfirism—a heretical perversion of Islam, also known as Wahhabism, which reared its hideous head a mere two centuries ago. Evil has a new face and it is Takfirism! Doing nothing while millions of lives are at risk is tantamount to murder. We owe it to our children to carry on this fight so as to prevent the shadow of our shameful inaction from falling on future generations.