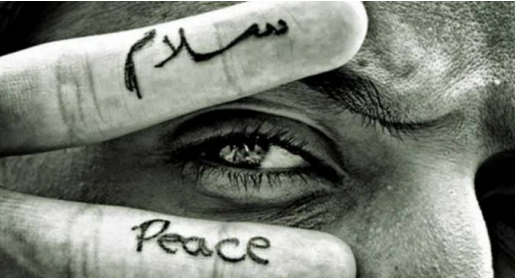 Students in my “Muslims in American Society” course at Rice University have produced some excellent material to counter the Islamophobia industry. Here is the latest peace on dismantling the idea that “jihad means violence.” I highly recommend that you read the entire blog. A few passages to get you started…

“I think all of us recognize that this great religion in the hands of a few extremists has been distorted to justify violence towards innocent people that is never justified.” – President Barack Obama

The “jihad” of terrorism deviates from Islamic jihad in four ways.

Firstly, Islamic jihad is to be authorized by a recognized authority to deter aggression. Terrorists – individuals and groups who are not legitimate leaders in any way – act as aggressors to strike fear rather than directly counter any aggression. Using their own rationalizations, terrorism “jihad” ignores the arguments of anti-terrorism Muslim imams and scholars. ISIS, for example, establishes itself as an authority (a “caliphate”) and improperly uses jihad to gain territory and force their views onto others.

Secondly, Islamic jihad is to only focus on active enemy combatants, but terrorists routinely kill innocent civilians, the majority of whom are Muslim. Pre-modern jihad discussion focused on the immunity of non-combatants and the need for proportionality of force. This Jus in Bello (law of war) is downplayed in modern terrorism, as shown by the killing of innocent people. Additionally, the “jihad” of terrorism often calls for greater violence than the violence terrorists claim to be fighting against.

Thirdly, jihad is to be a public declaration, but terrorism is plotted secretly and as surprise attacks.

Finally, jihad has many rules and restrictions, while terrorism has transgressed all bounds of respect for human life, killing innocent children and terrorizing nations. Some terrorists “rationalize” this by claiming that the US government is indiscriminate in its drone strikes, and that the innocent victims selected the government. Such rationalization only seeks an “eye for an eye,” and fulfills nothing but a misdirected sense of anger and revenge.

7 thoughts on “Jihad: Striving for Peace”