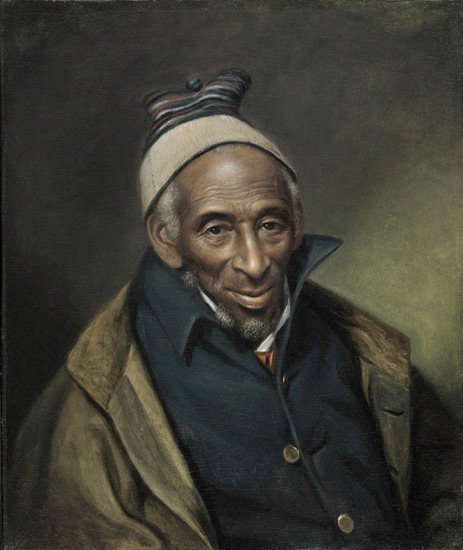 One picture alone shtters the myth that Islam is a new religion in American society.

This is the short story of Yarrow Marmood (pictured). He was allegedly born in the late 17th century in West Africa, but other estimates put his birth in the 18th century. Specifically, he was said to have been brought in bondage from Guinea.

Marmood arrived to the United States via the slave trade around 1752. He ended up in Maryland after being purchased by the Bell family, for whom Marmood worked making bricks. He eventually helped build the Bell family home in Georgetown, where Marmood was eventually emancipated.

As a freed African Muslim living in Maryland, an overwhelming Catholic state, Marmood became, according to reports of his neighbors, a successful businessman. This is an impressive feat considering that Marmood knew hardly any English. Some historians claim that he was never married or had children, but the 1820 census for Washington, DC, lists a Yarrow Marmood as having a family.

In his book Muslims in American History: A Forgotten Legacy, Jerald F. Dirks writes that Marmood’s “character, personal conduct, and continued allegiance to his religion of Islam” was greatly admired by his non-Muslim peers. Dirks goes on to state that Marmood “was well liked by everyone who knew him.”

Towards the end of his life, Marmood was said to have performed all his five daily prayers and totally avoided all pork and alcohol, two important elements of Islamic dietary restrictions.

Marmood was also said to have been able to read and write Arabic and speak English. He even purchased shares in the Columbia Bank of Georgetown to secure his savings, which was confirmed by Charles Wilson Peale.

The picture above of Marmood is from 1819, when the African Muslim caught the attention of the famous American painter, Peale. This portrait is now owned by the Historical Society of Pennsylvania.

According to the Philadelphia Museum of Art, Peale traveled to Washington, the nation’s capital, to create portraits of prominent figures. While visiting a friend in Georgetown, Peale heard about Marmood, who was said to be very old. Peale was seventy-seven years old at the time and had a growing interest in how a person could achieve a long, healthy life.

Peale wrote the following in his diary:

“It appears to me that the good temper of [Marmood] has contributed considerably to longevity. [Marmood] has been noted for sobriety and a cheerful conduct… [he] is often seen and heard in the Streets singing Praises to God – and conversing with him he said man is no good unless his religions comes from the heart.”

Another interesting side of Marmood’s character emerges from the Philadelphia Museum of Art website. He was said to be “the greatest swimmer of the Potomac River in his youth and was noted for his work ethic, laboring for fixed wages during the day and at night making nets, baskets, and other items for sale.”

Notice in the picture that Marmood has a typical head covering for a West African Muslim of the 17th and and 18th centuries. At the time of the portrait, Marmood claimed to be 133 years old!

“it is known to all that knew him, that he was industrious, honest, and moral.”

Go grab Muslims in American History: A Forgotten Legacy for more amazing nuggets of information relating to the very deep historical presence of Islam in America.